As an artist, he considered the different ways to sculpturally express the challenges Black communities have overcome to earn freedom, protect their dignity, and be considered Canadian. For the Loyalists of Preston, there was an additional consideration: how these people spent their lives trying to make the rocky, infertile land arable, to be able to provide for their families.

The work extended to sport as Oluseye began recovering discarded hockey sticks in his neighbourhood. He was struck by the tensions between what he saw as two notions of patriotism and national identity—the struggle and labour of Black farmers working the land, versus the leisure and celebration of an ice-hockey team. And while hockey sticks are a nod to Canadian identity, they’re typically associated with white communities—an assumption that erases Black fans and Black players alike.

Thinking about the inaccuracies of the oft-used expression, “an equal playing field,” Oluseye fused the hockey sticks with antique farm tools sourced from the U.S., Nova Scotia, and Ontario, as a way of reflecting on labour, liberty, and identity in Canada. Together, these hybrid objects raise broader questions about what constitutes a Canadian psyche: “What cultural icons do we recognize on a national level? How do we decide, and who gets to decide? Is it possible to have an all-encompassing idea of national identity, or is Canada’s diversity itself the national identity?” he asks.

Ploughing Liberty brings together a full playing field, where labour receives as much value as sport, and the two disciplines reconcile (if only for a moment). There’s optimism here, but Oluseye is quick to point out that stories of inequality—and unequal playing fields—remain systemic and contemporary. Consider, for example, seasonal workers from Jamaica and Mexico who arrive every summer to labour on farms in Niagara and Windsor-Essex, but have no rights to become Canadian citizens or make this land their home.

Oluseye describes his work as a warm embrace of the magnitude and polyvocality of Blackness and of the ways in which it moves across space, place, and time, shaping and shifting the world. He blends the ancestral with the contemporary and rejects binary distinctions between the traditional and the modern; the physical and the spiritual; the past and the future. Imbuing the everyday with the mythic, his work reinforces African rituals and philosophies as living, complex, and valid traditions of Black consciousness.

Oluseye (born 1986 in London, England) has exhibited at the Art Gallery of Ontario and Patel Brown, Toronto; Agnes Etherington Art Centre, Queens University, Kingston; Gallery 151, New York; and Art Twenty-one, Lagos. He is a recipient of the Canada Council for the Arts New Chapter Grant and, in 2019, of grants from the Toronto and Ontario arts councils.

Ploughing Liberty (2021) reflects Oluseye’s research of Black communities across Canada—in particular, the Loyalists who departed New York for Nova Scotia between 1783 and 1785, after the American Revolution. These Loyalists were a mix of enslaved people and free individuals. When they arrived in Nova Scotia, the Crown resettled them on poor lands in areas such as Birchtown, Shelburne and Preston. 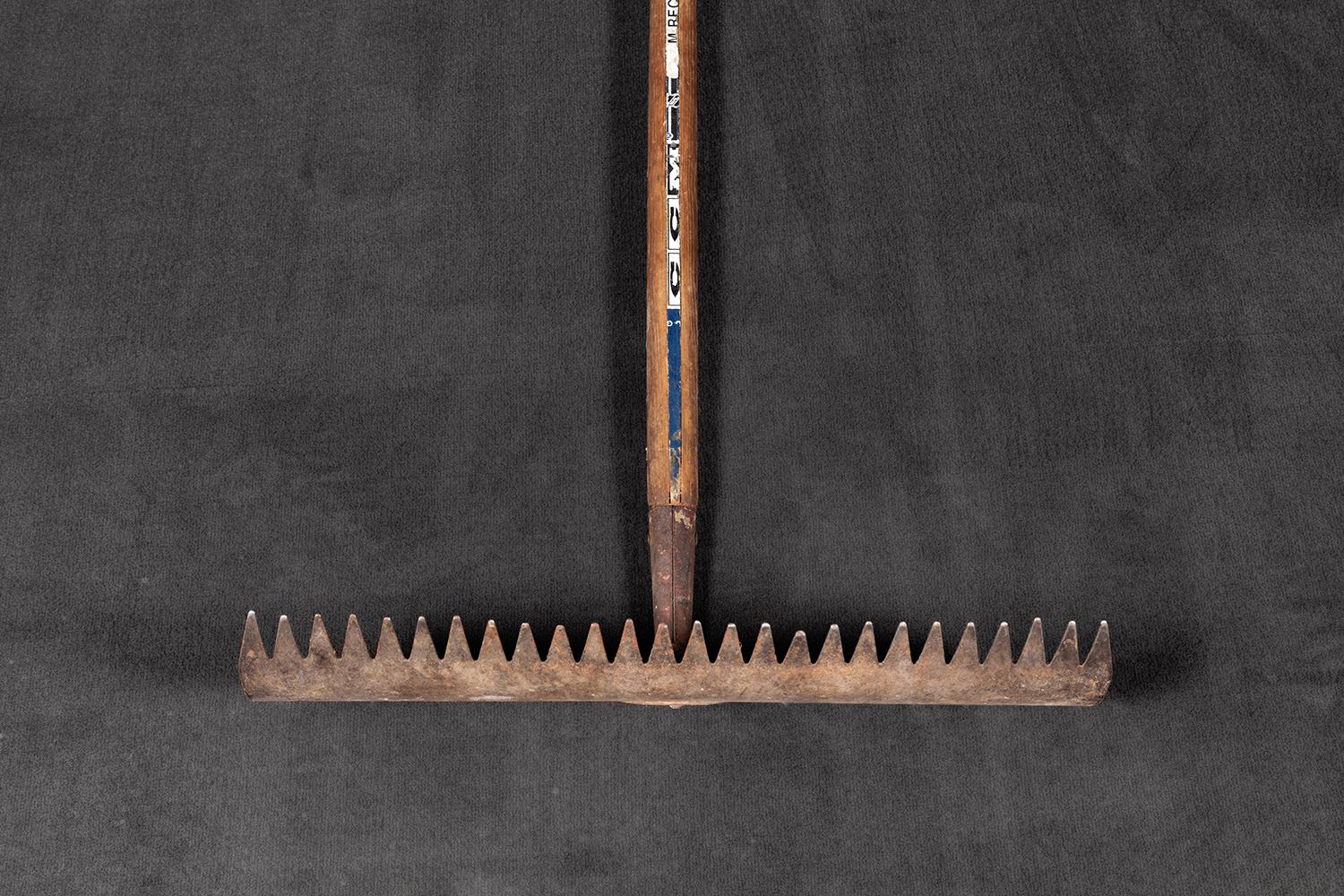 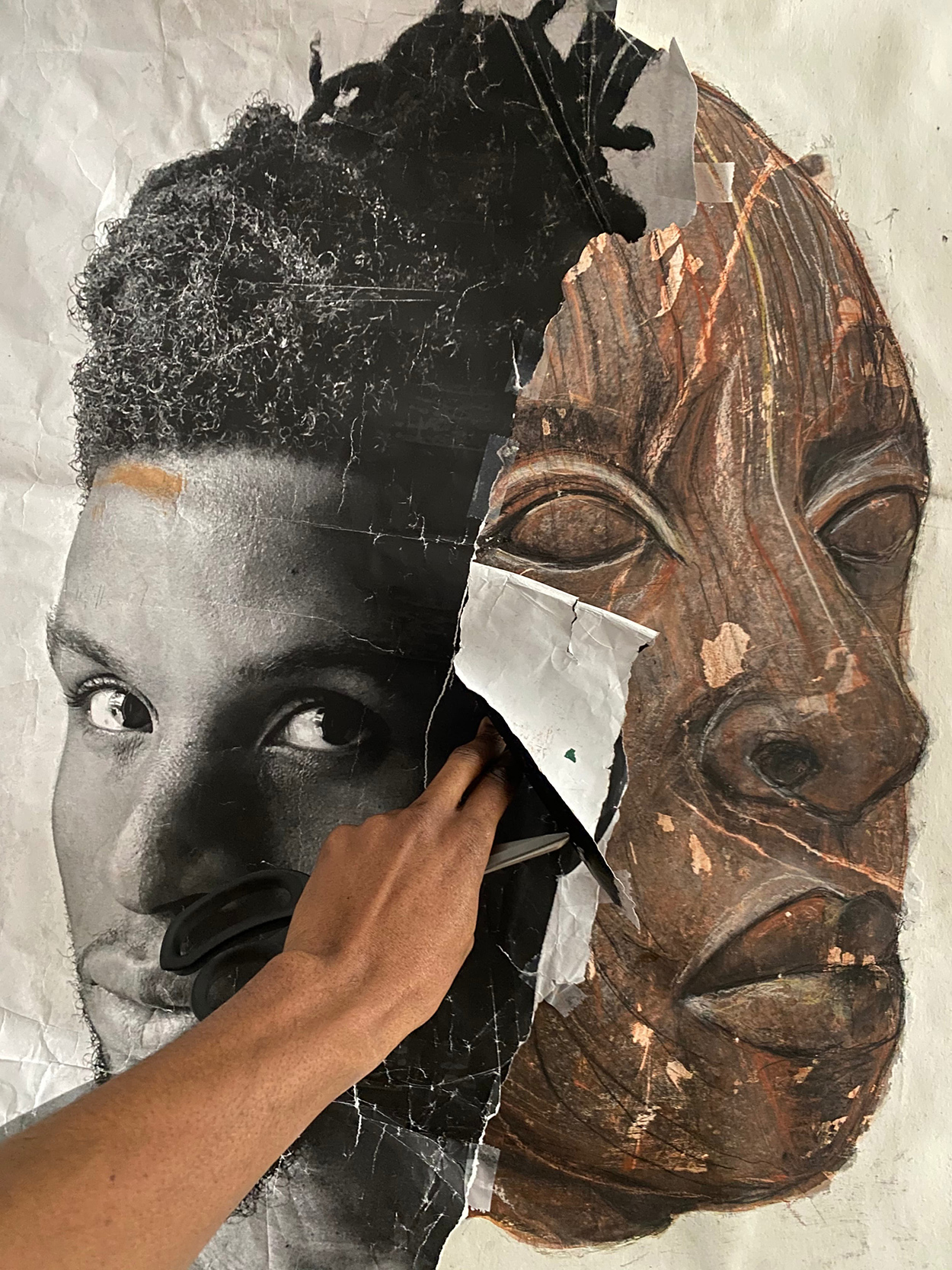 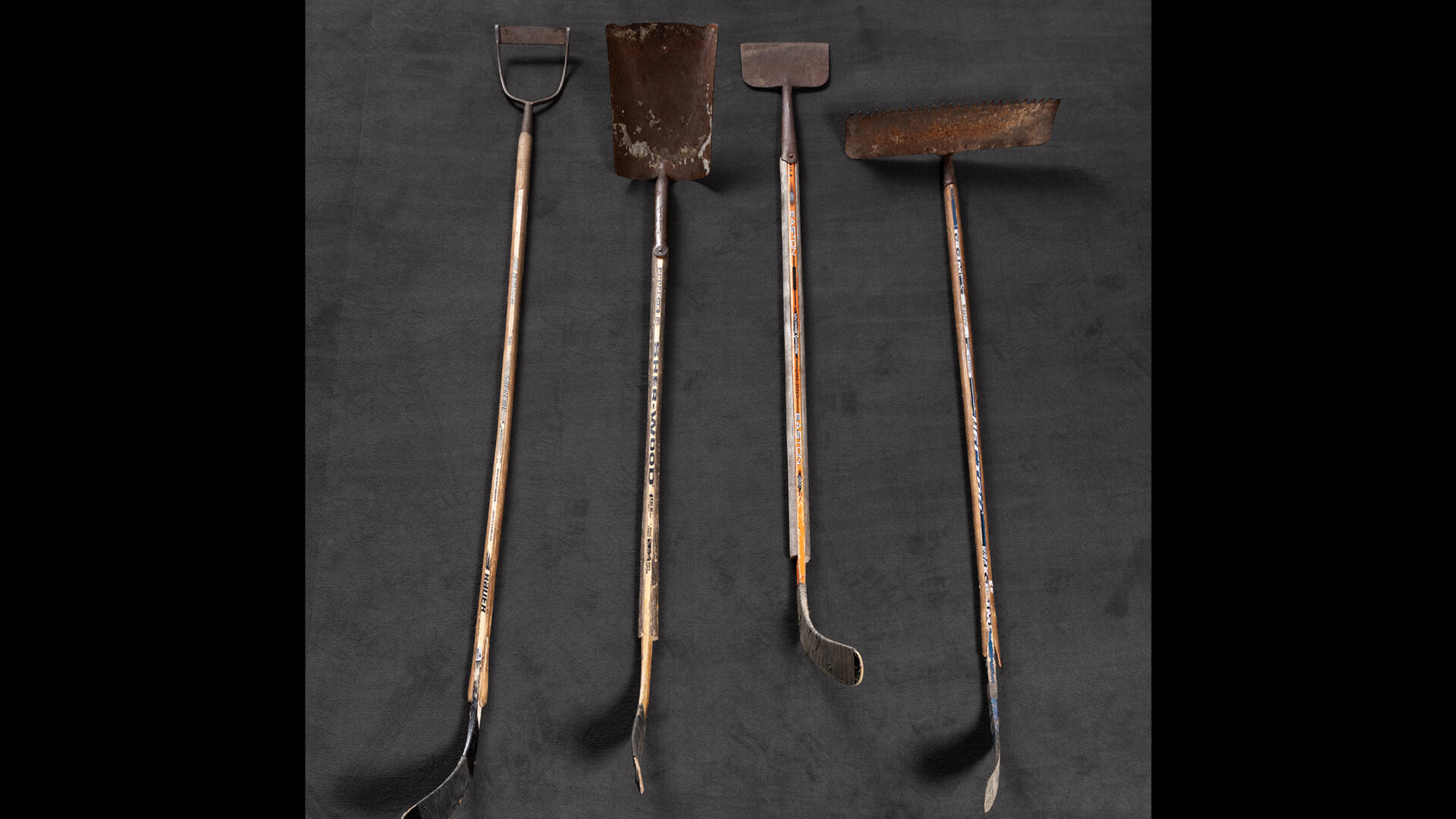