Maria Qamar’s new body of work in the exhibition Dhamakedar, Superstar! centres around a starry-eyed woman declaring her love for a superstar.

“Our heroine, dreamy-eyed, hair twirled and completely in love. Eyes literally pierced with stars as she pouts luscious red lips, declares her love through the pull of her sweet gaze, she’s forever captured in that heartfelt declaration.

Inspired by 70’s disco-themed Bollywood films Qamar’s multimedia installation encourages the audience to move around and view the artworks from different perspectives and distances, as well as pause on the samosa bean bags.

The exhibition is a celebration. Naturally, the family is invited as a retro pop-collage (photographs 1979-1992) of father, mother and brother, resting as a keepsake in a centrally placed lightbox. As always with Qamar’s work there’s lightness, there’s a carefree attitude and there’s a hungry pursuit of freedom, approaches that have become a place of sanctuary for many. These too are reasons why Qamar’s online presence has engineered such a dedicated following. Her heroines are speaking to us, they’re telling us to keep dancing.” *

Maria Qamar (b. 1991) is a first generation Canadian from a Gujarat and Bangladeshi upbringing. Qamar’s Bollywood-beautiful women paintings with ironic cartoon speech bubbles speak to the trials and tribulations of 21st-century Desi life.

The motif featured In Pyaar With a Superstar!, 2022, appears on the exterior lightbox and as an NFT. 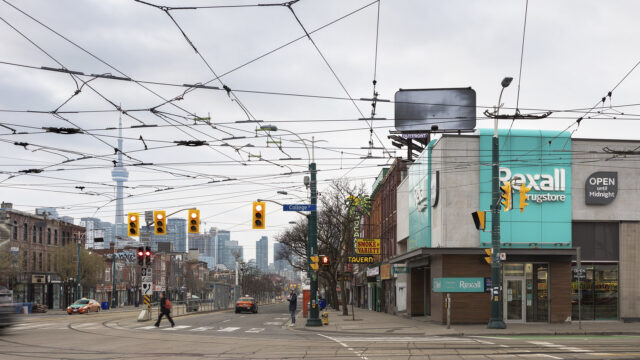 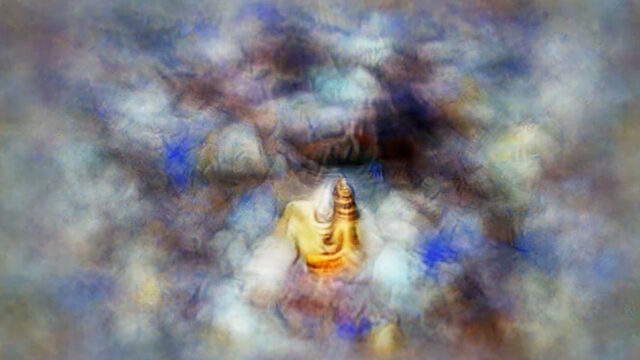 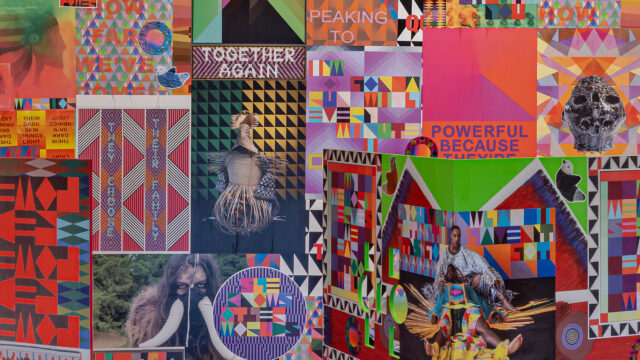