The selection of works shown in GTA21 focus on Romano’s return to traditional wood carving during the pandemic lockdown. Working on found furniture, antique pieces and other materials salvaged on his daily commutes, Romano was intrigued by the emotional lives of these discarded objects: how they were likely once held dear and used every day. The title, Between the Lilies and the Birds, hints at Søren Kierkegaard’s The Lily of the Field and the Bird of the Air (1849), itself a reference to  biblical texts. “If you look at the birds and lilies of the world, they are taken care of, they do not concern themselves with everything, they let go and let God provide,” explains Romano.

The sculptures include embracing figures, their skin a mosaic of shards of broken earthenware. They are connected by a wheel and appear to be in a state of discovery and revitalization rather than collapse. Similarly, a rescued carousel horse takes on an independent life with a new identity that sets it apart from its monotonous rotation on an amusement ride. Another of Romano’s interventions is based on misericords, a type of medieval carving made underneath church pews.  The secretive location reinforced the explicit nature of these handiworks—misericords often depict scenes that are foolish, mildly demonic, and slightly sexual. In contrast, Romano’s contemporary reveries are on full view: the chair’s bowed position implies both shame and a push for transparency.

A multi-layered support structure gathers the sculptures together and in relation to one another. For Romano, the scene is staged like a loose self-portrait and a reference to Kierkegaard’s writing — where ideas and imagery start to share a narrative or ecology, but still retain an autonomous position within the world. While carving, Romano began painting daily self-portraits. A month of these paintings hangs on the wall, offering rhythmic reflections on a period of slowness and introspection. Just as some of the sculptures look injured or burnt and yet strong, these portraits also contain a trace  of tragedy as well as a feeling of emergence . Ultimately, Romano’s works exude inner beauty, and communicate a duality of feelings and circumstances.

Tony Romano (born 1978 in Toronto) received a BFA from Emily Carr Institute of Art and Design and has exhibited internationally at such venues as Oakville Galleries, Oakville, ON; Articule, Montreal; MacLaren Art Gallery, Barrie, ON; and the Blackwood Gallery, University of Toronto.

Between the Lilies and the Birds, 2021

Tony Romano’s work extends to painting, video and sculpture. Connections to music, storytelling, figuration, and folklore reference the heritage and traditions of southern Italy, where Romano’s family is from. 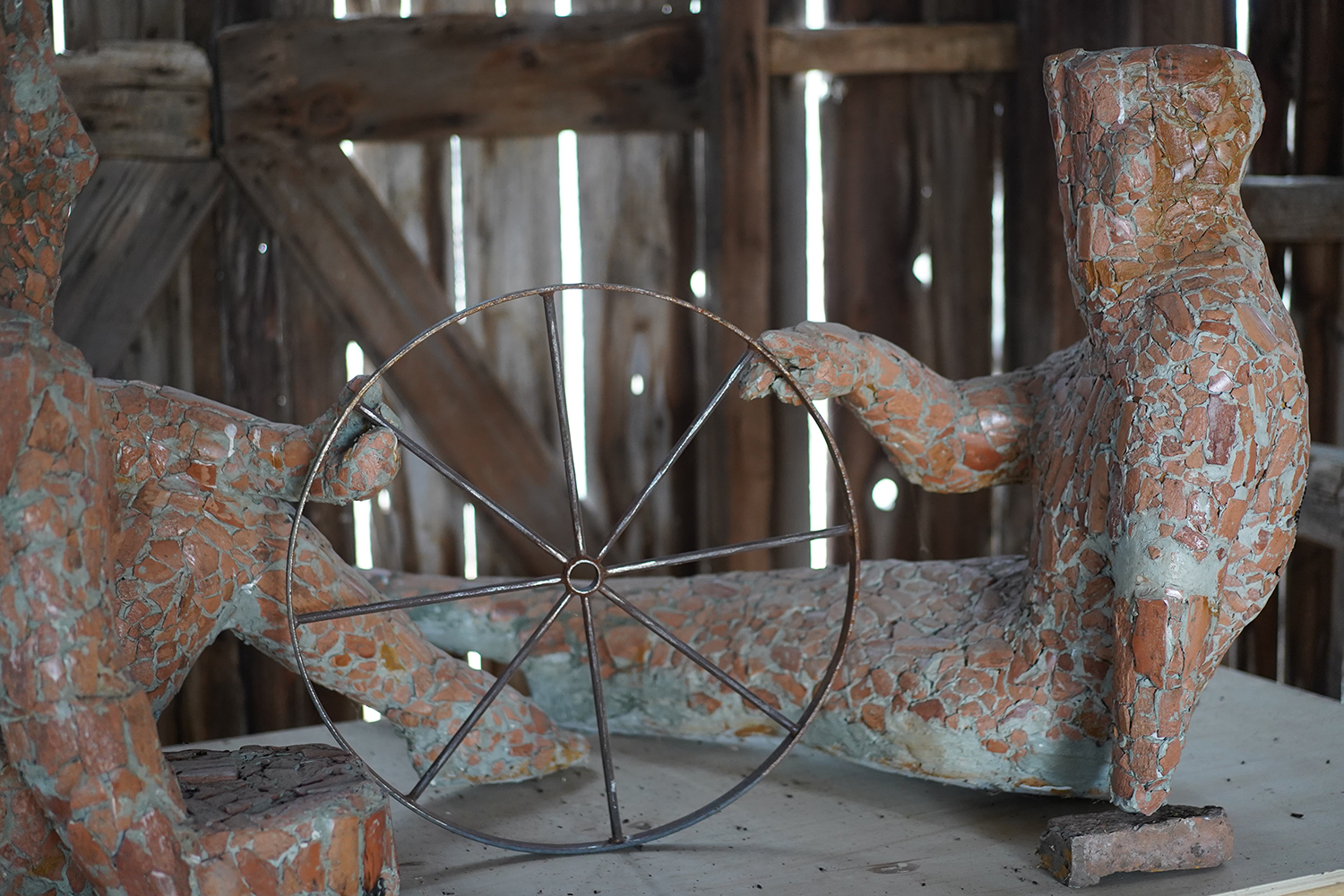 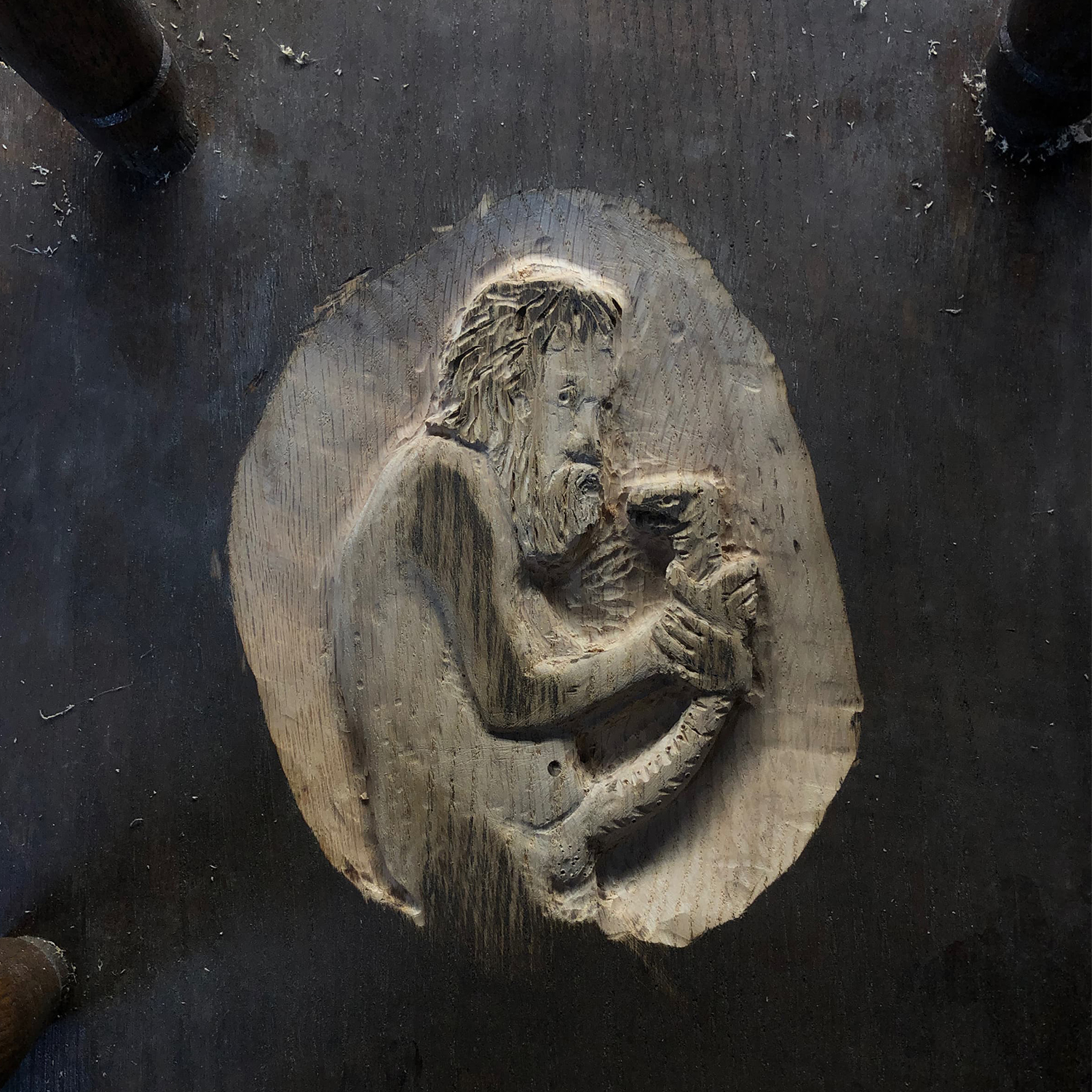 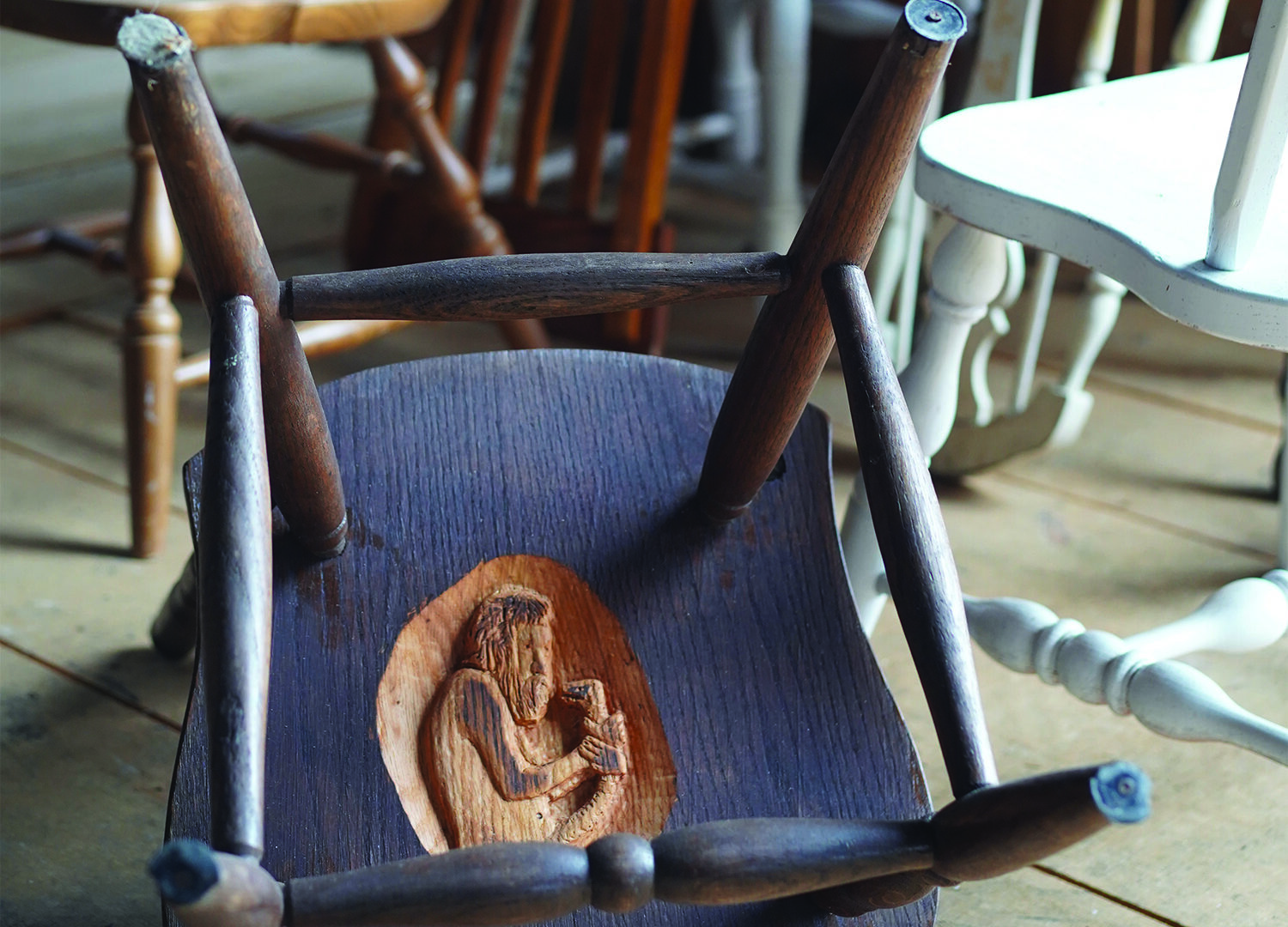