Steichen’s Heavy Roses, Voulangis, France, 1914, is assumed to be the last photograph Steichen made in France, the same year that World War I began. The composition of roses is weighty and the flowers are slowly deteriorating—perhaps representing Steichen’s feelings at that time and what he imagined was to come.  The second reproduction is a stock photograph of a group of north Indian army officers (identified by their turbans) marching in France sometime in 1914. The last is by Frank Leonard and depicts the Komagata Maru incident: in 1914, a group of immigrants from British India arrived in Vancouver, Canada by steamship. Canadian officials denied most of these people entry—an illegal act, as the passengers were British citizens. The ship returned to India, where the government of the British Raj regarded the passengers as political agitators. Police shot at least twenty of the men, and arrested and imprisoned many of the survivors. The year 1914 ties these photographs to Matharu’s own history—it’s when her ancestors arrived in Canada.

To de-centre these materials, Matharu inserts a text from the astrology app Co–Star, which reads, “The heart is the origin of your worldview.” Shedding light on the many perspectives and understandings of a particular historical moment, Matharu asks:  who writes history? What is remembered of a particular time and place?

Matharu is an immigrant-settler of north Indian Panjabi-Sikh descent, born in Birmingham, England, and based in Tkarón:to (Toronto). As an artist, she explores a range of transdisciplinary feminist issues, blurring the lines between objects, activism, community organizing, and public pedagogies.

Artist and educator Pamila Matharu (born 1973 in Birmingham, England) is an immigrant-settler of South Asian descent who received undergraduate degrees in Visual Arts and Fine Arts Education from York University. She has received grants from the Toronto and Ontario arts councils and the Canada Council for the Arts and received the Mario McMahon Award from Images Festival and the Best Up-and-Coming Toronto Film/Video Maker at the Inside Out Festival. As part of the collective formerly known as Bonerkill and Sister Co-Resister, she has participated in group exhibitions at the Art Gallery of York University, Gallery 44, the Art Gallery of Ontario, and Xpace Cultural Centre, all in Toronto. Her solo exhibition One of These Things Is Not Like the Other was presented in 2019 at A Space Gallery in Toronto.

the heart is the origin of your worldview​, 2021

Matharu’s multimedia installation, the heart is the origin of your worldview, combines a vintage map with school furniture, reproductions of historical photographs by Edward Steichen and Frank Leonard, and a contemporary SMS text notification. Together, the objects imply a classroom, but raise questions around so-called historical records and personal memories of a time and place. 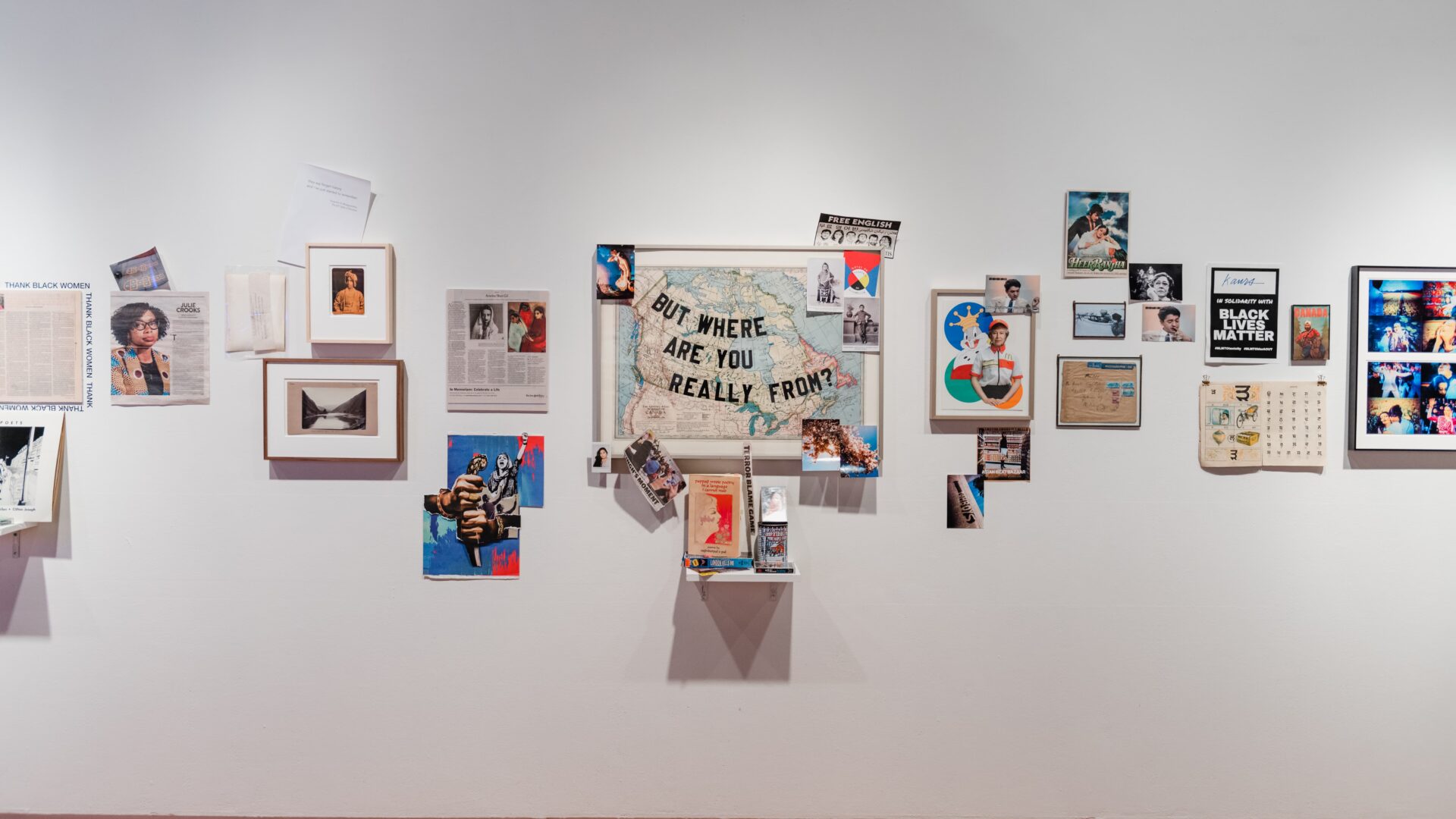 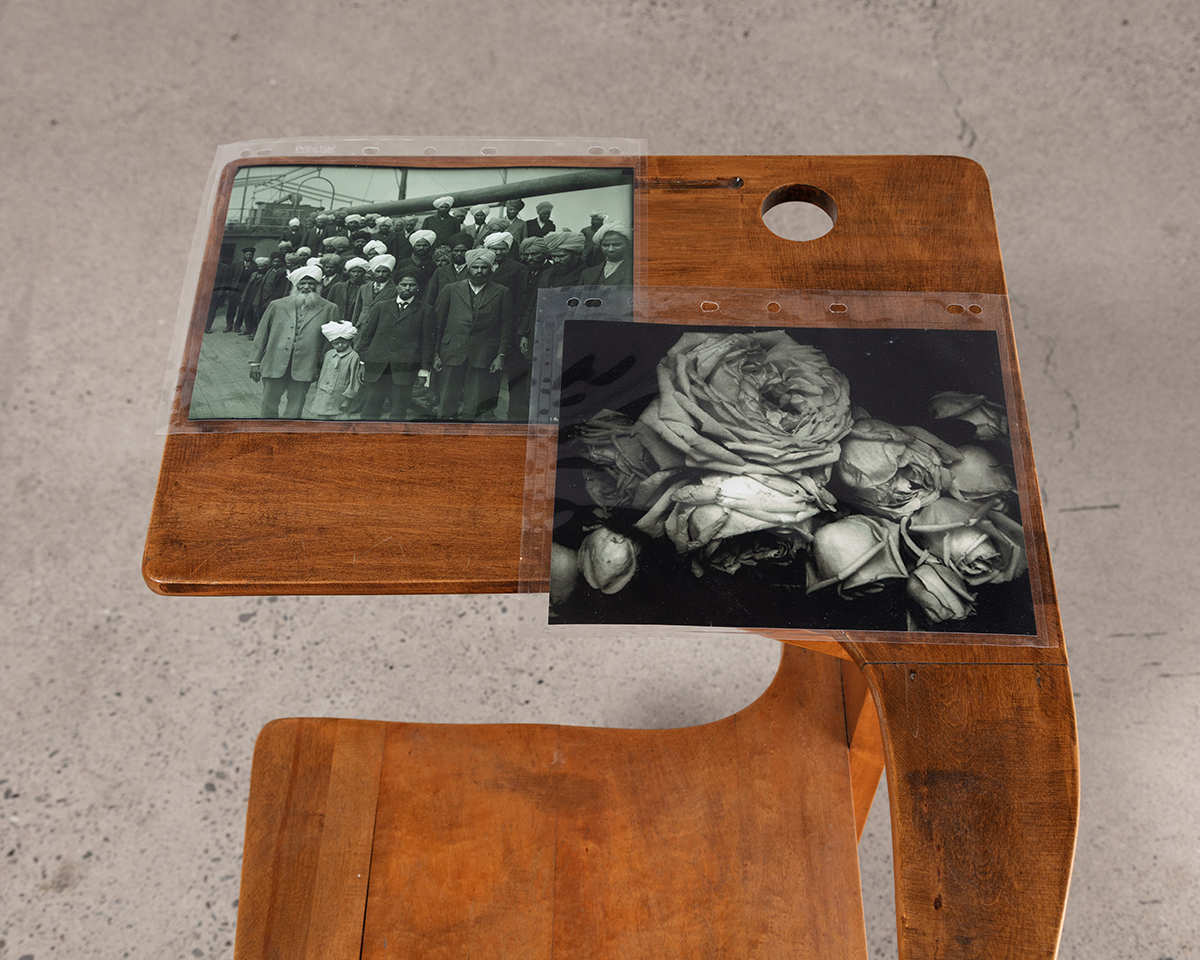 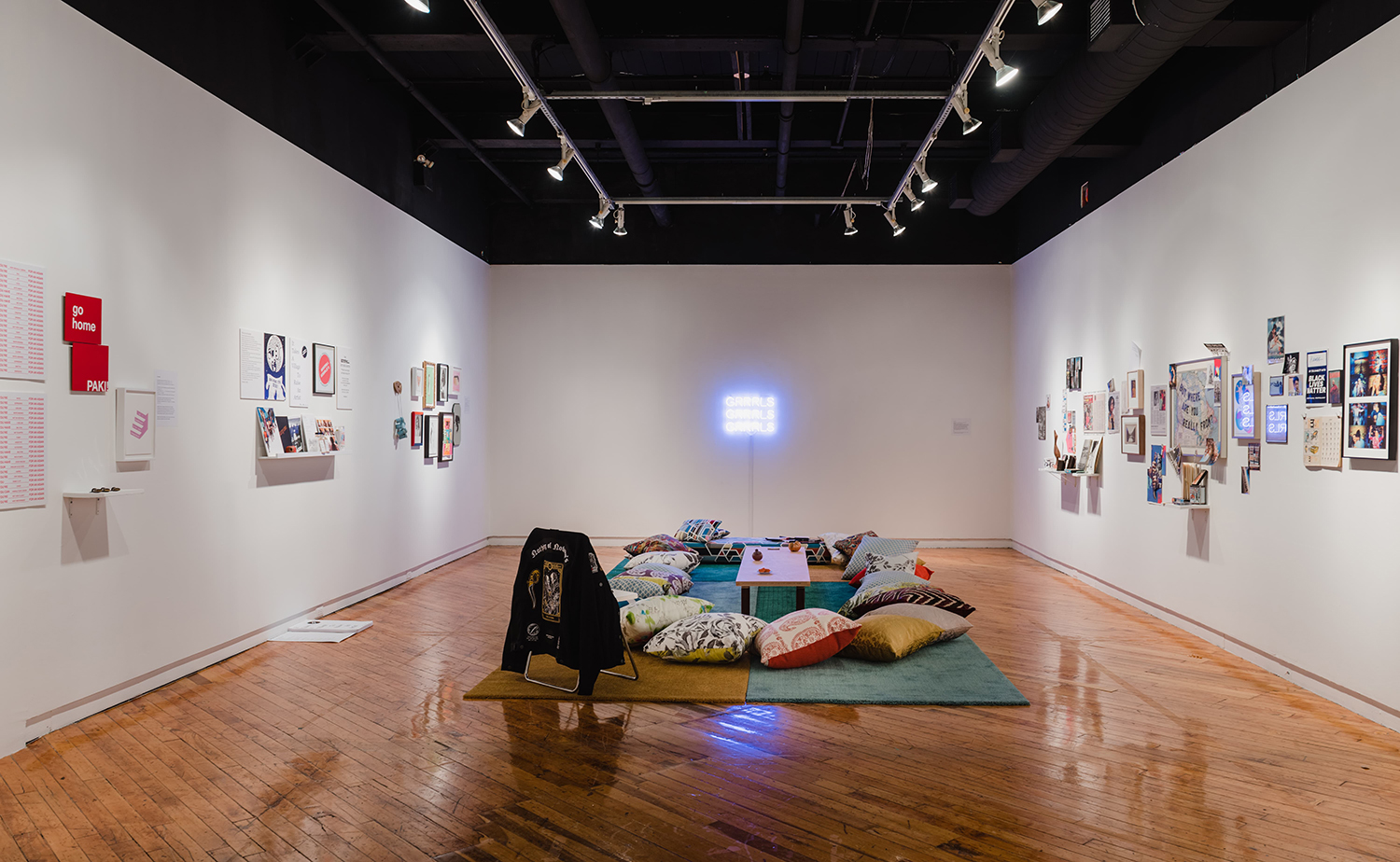 the heart is the origin of your worldview, 2021