Sunstrum often incorporates elements from Renaissance paintings into her work, as a way of layering additional meaning into some of the references. The spears at Dynasty’s upper edge are a reference to Paolo Uccello’s Battle of San Romano (c. 1440s), a triptych that considered the theatrical nature of war. Sunstrum’s repetition and shifting scales—the boots, the details of textiles, the volcanoes, and the subtle inclusion of MOCA’s columns—ground the composition, and in her words, help to structure “how a story is preserved.”

Dynasty mimics the pop-up nature of a traveling fair or temporary spectacle: it can be taken down, set up in new configurations, or potentially expanded over time. The complex layering stems from the artist’s early works in collage. Although the work exists at MOCA as a seamless composition, you can still see the artifice of its structure and its vulnerability to change. The components seemingly pulse inwardly—with the arrangement concentrated towards the most central panels—while also exploding outward, into a cosmological future unconstrained by theme, time, or place.

Pamela Phatsimo Sunstrum (born 1980 in Mochudi, Botswana; lives in Ottawa) has exhibited or performed at the Contemporary Arts Center, Cincinnati; Zeitz MOCAA, Cape Town; The Showroom, London; Wiels, Brussels; the Kunsthaus Zurich; Artpace, San Antonio, TX; the Michaelis School for the Arts at the University of Cape Town; and the Havana Biennial.

Pamela Phatsimo Sunstrum’s Dynasty incorporates MOCA’s architecture and draws inspiration from the themes and structures explored in her earlier work, Diorama (2018). In Diorama, two screens, depicting a mythological landscape, became a backdrop on which to project new fantasies and fictions. Dynasty uses these same screens alongside a composition of thirteen separate panels. Together, the composition alludes to mythology, geology, storytelling, and theories on the nature of the universe. 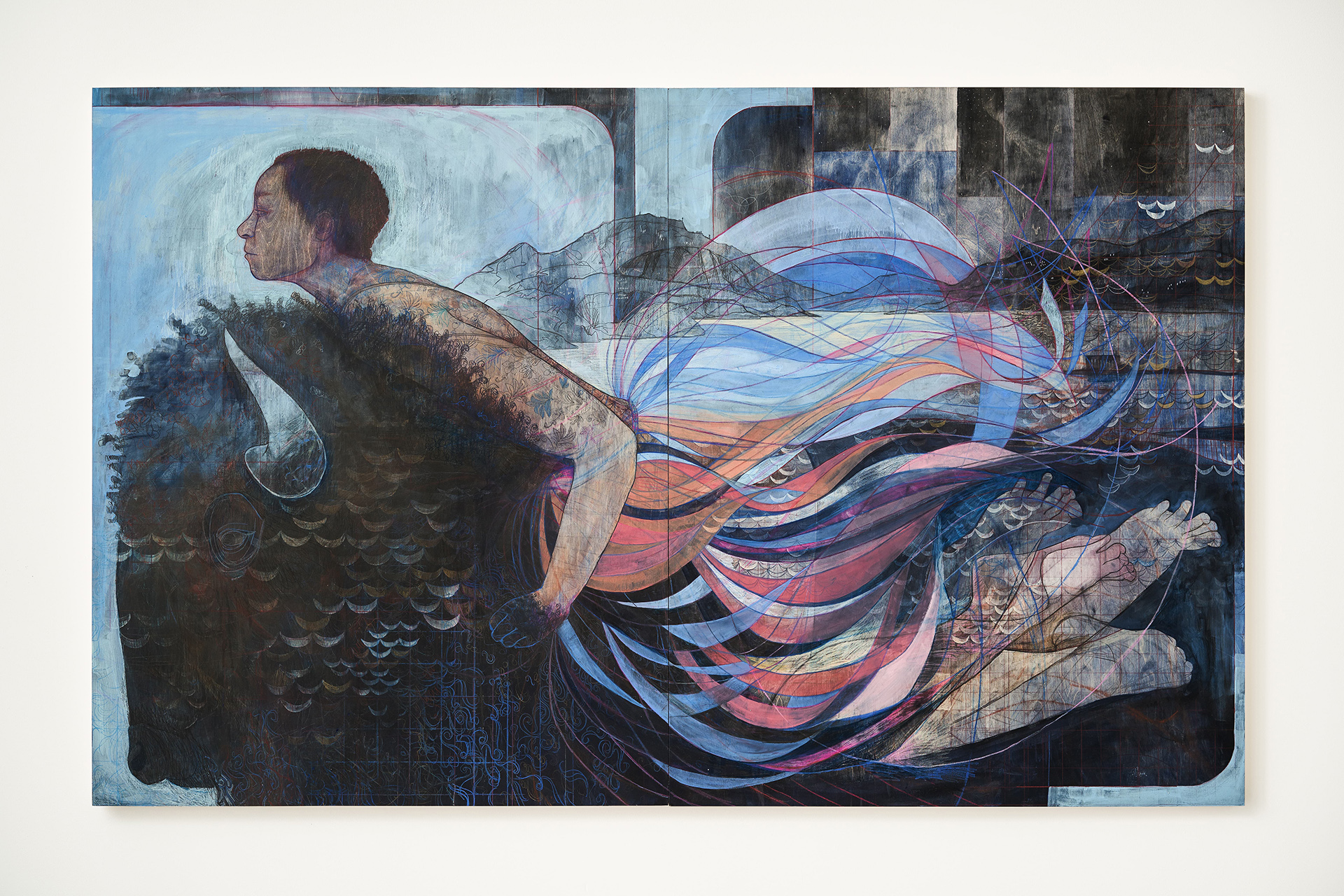 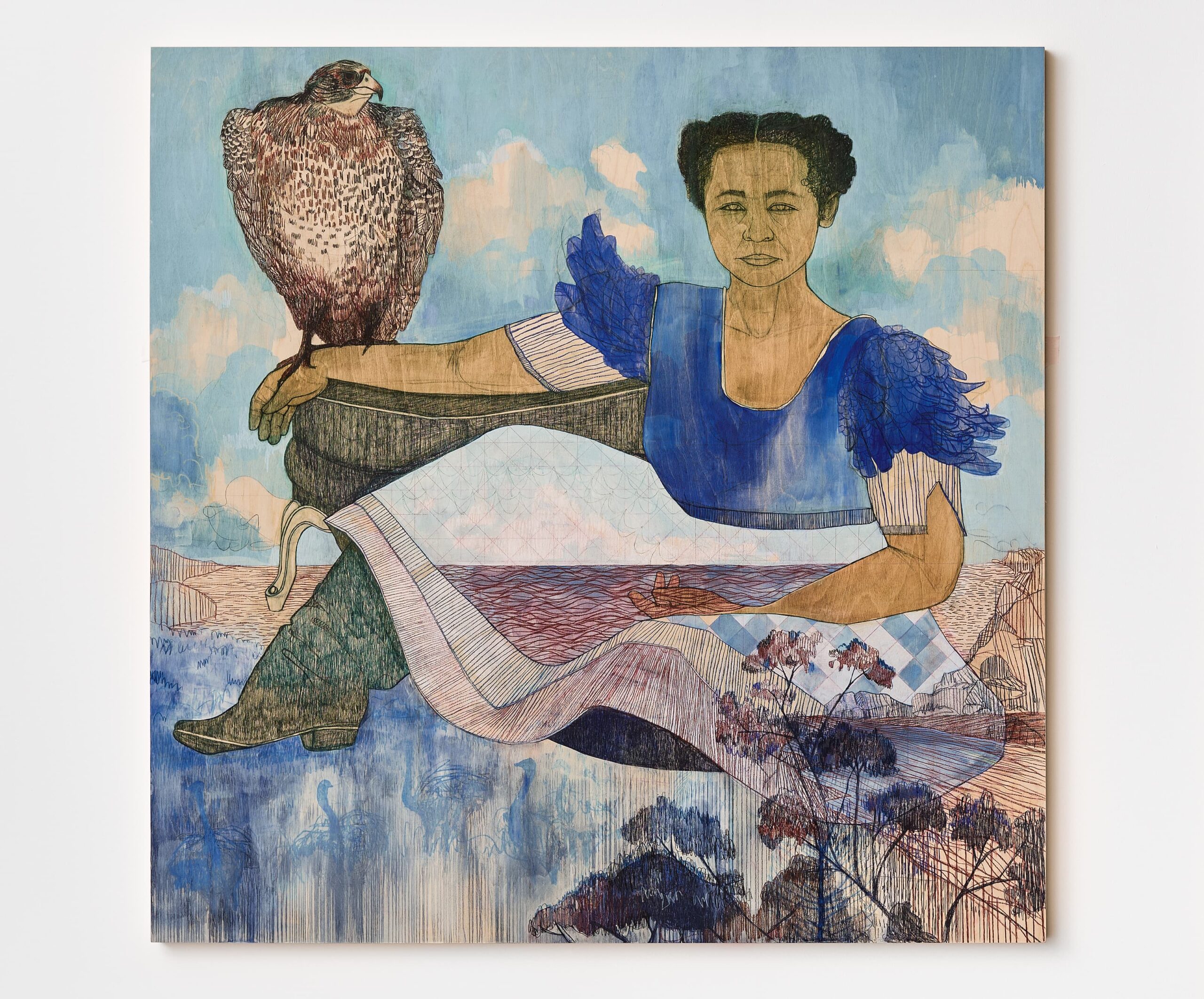 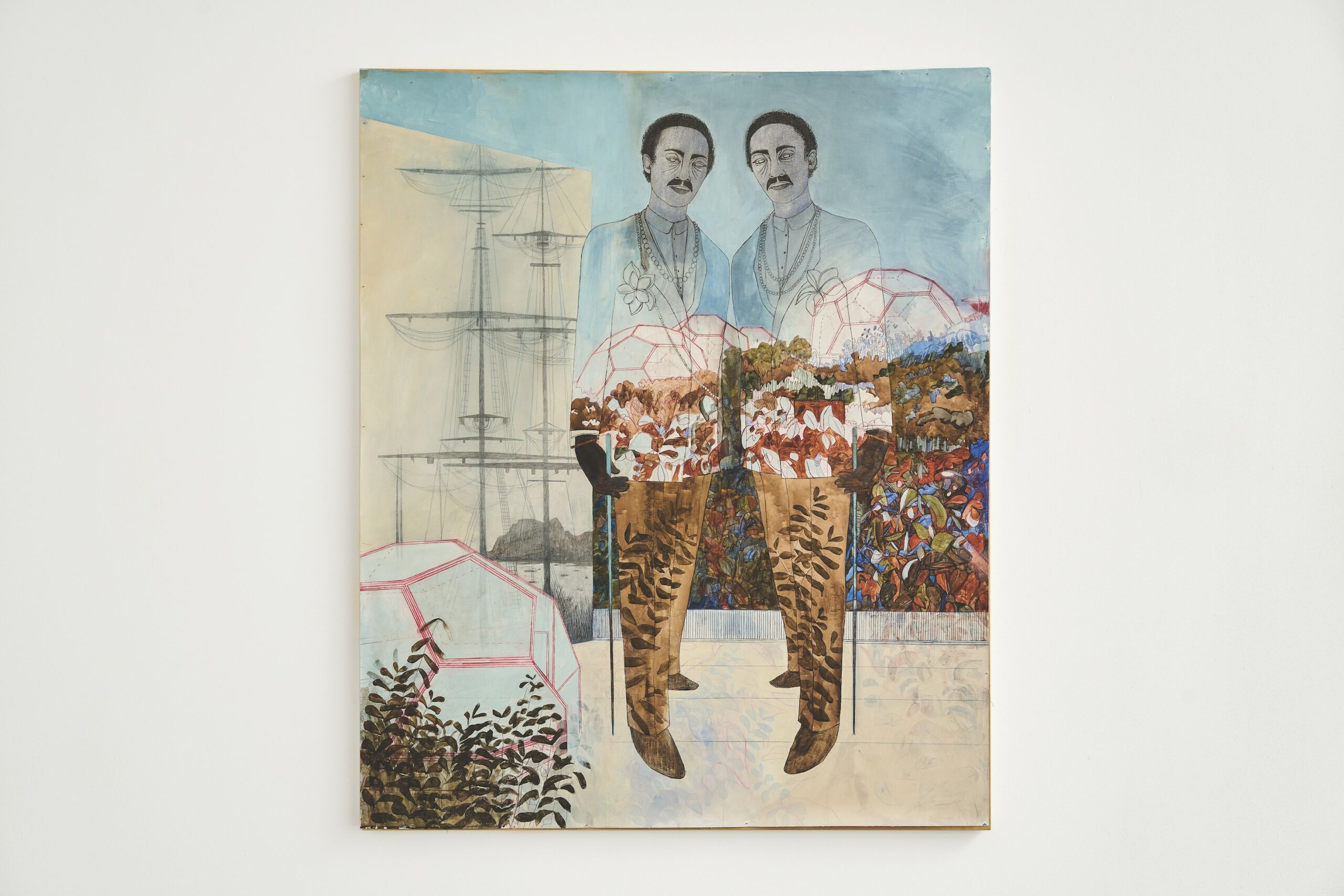