Punjab, 1946: workers staged an agrarian revolt, now known as the Harsha Chhina Mogha Morcha. The revolt occurred in response to the British Government’s decision to decrease the supply of irrigation water to farmers by remodelling the moghas (canal outlets). The revolt was part of a larger movement to defy edicts of British colonial rule. After India gained independence in 1947, leaders explored new agricultural technologies for economic stability and sovereignty. Dubbed “the Green Revolution,” Indian farming in the late 1960s and 1970s saw the introduction of chemical fertilizers and controlled irrigation to increase production. But these changes damaged the landscape in Punjab and led to declining water tables, widespread soil erosion, and reduced forest cover. It also prompted an epidemic of death by suicide amongst farmers.

Raina connects these histories with recent demonstrations by farmers in India, unpacking larger narratives around the history of protests, land exploitation, labour movements, and Punjabi agricultural life. The short film includes footage of farmland in Punjab shot in the mid-2000s, stop-motion drawings and a spoken poem by Raina that unpacks the connections between the 1940s and today. Through collaborations and ongoing research, Raina positions this history within a framework of agriculture corporatization, neoliberal policies, unchecked consumerism, and natural resource exploitation.

Jagdeep Raina (born 1991 in Guelph, Ontario; lives in Guelph) was one of the recipients of the 2020 Sobey Art Award. He earned a BFA from Western University in 2013, an MFA from the Rhode Island School of Design in 2016 and he attended the Skowhegan School of Painting and Sculpture in 2017. He has exhibited internationally at such venues as Midway Contemporary, Minneapolis; Art Gallery of Guelph, Guelph, Ontario; Cooper Cole, Toronto; the Rubin Museum of Art, New York; and the Camden Arts Centre, London.

Where the tree kisses them with broken luck, 2021

Jagdeep Raina’s research-based practice is rooted in ideas of historical memory. Often using the frame of the archive, Raina considers the fluidity of history as a narrative to be broken apart, dispersed, and reassembled. Through the language of visual art and writing, Raina aims to derive meaning from the past and reveal life’s expansion—or extension—away from mainstream narratives. In this grouping, two large works on paper, embroidery, and a short film, unpack a particular moment in Indian history. 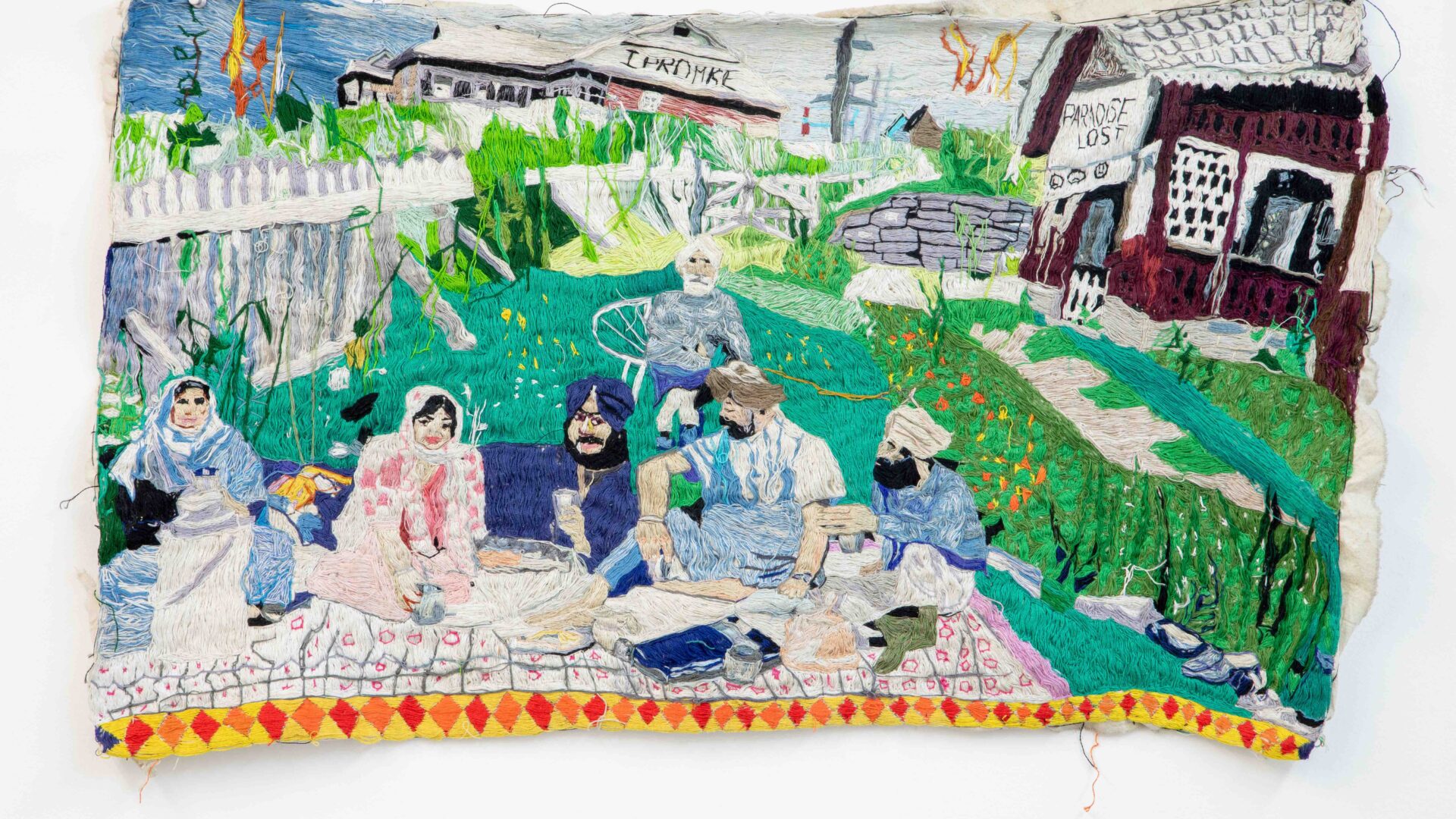 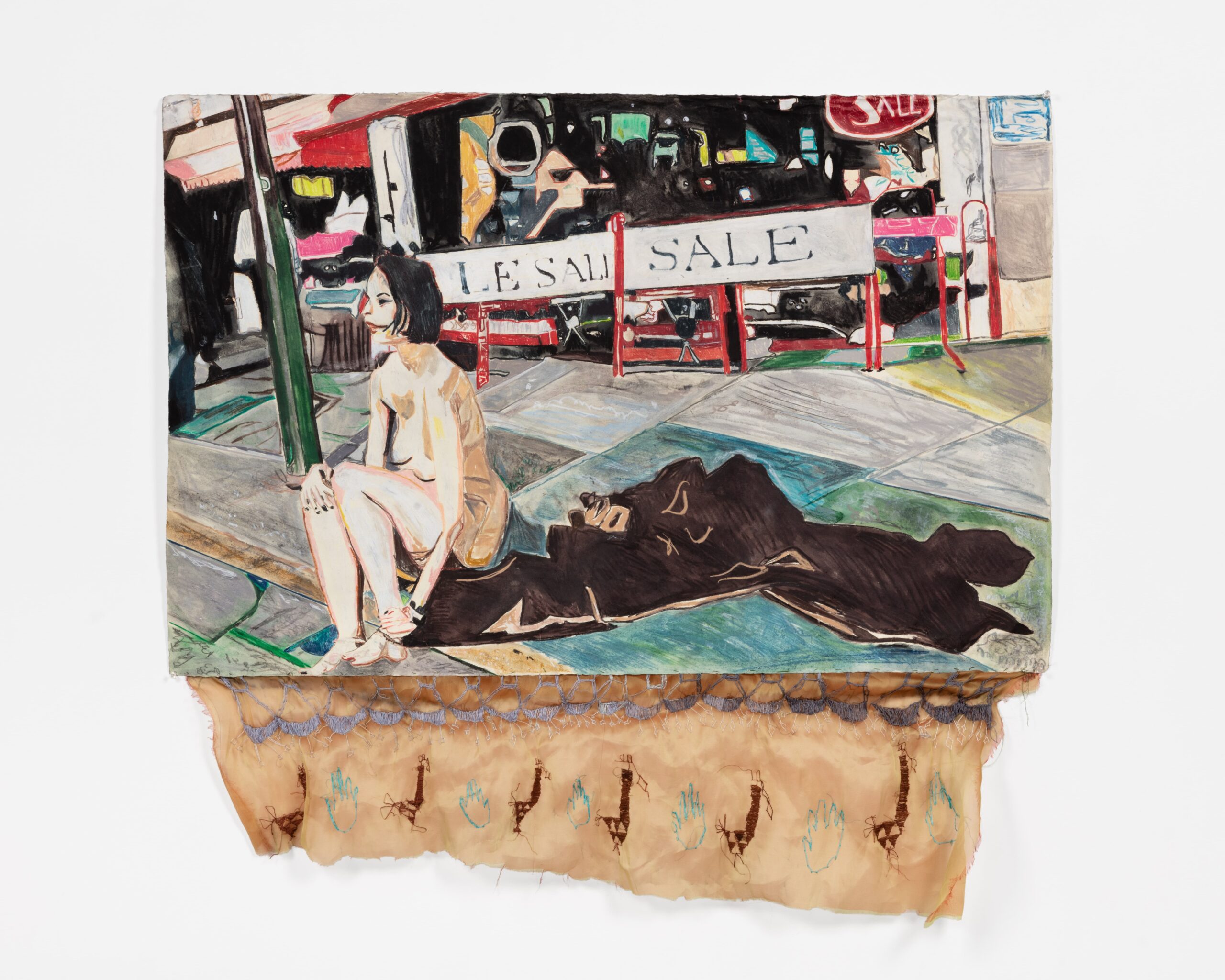 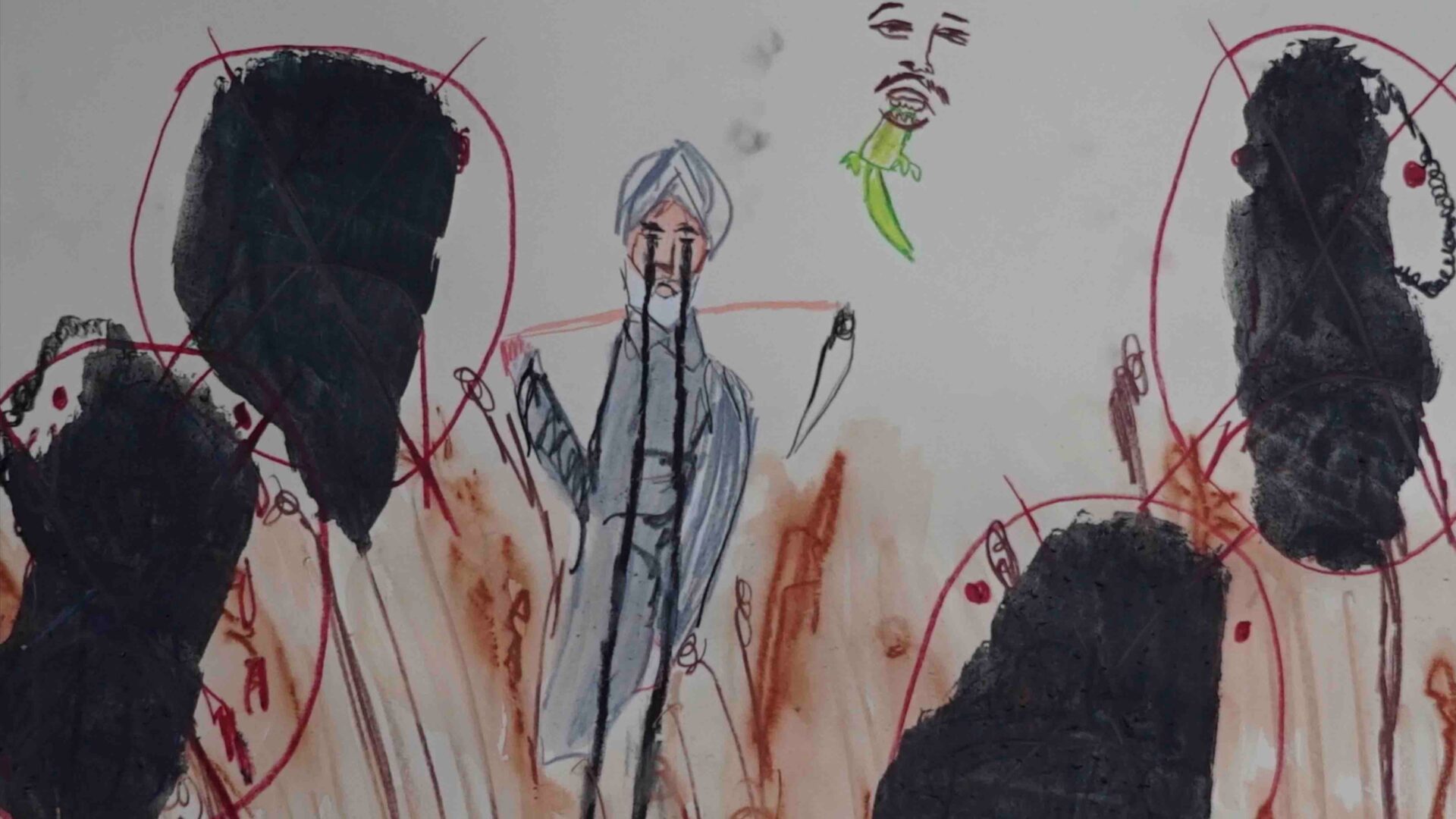