TORONTO, June 14, 2021 — On September 29, 2021, the Museum of Contemporary Art (MOCA) Toronto will launch Greater Toronto Art 2021 (GTA21), a triennial survey. On view through January 9, 2022, this first edition brings together 21 of among the most exciting artists and art collectives working in relation to the Greater Toronto Area today and captures an extraordinary moment in time. Organized by guest curator Daisy Desrosiers, adjunct curator Rui Mateus Amaral, and MOCA artistic director November Paynter, the exhibition will include new works by: 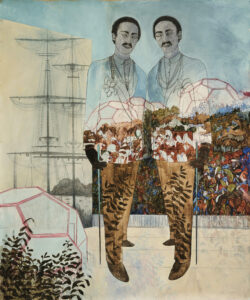 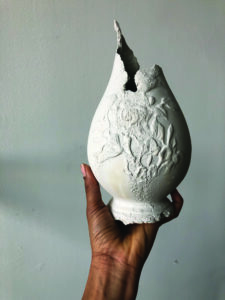 GTA21 marks a renewed focus by MOCA on the local art scene and offers significant support for the featured artists to realize new and/or expanded work. Visitors will encounter 21 specially commissioned or never-before-seen artworks spanning all three floors of the Museum in a range of media including drawing, sculpture, performance, painting and video. Beyond the Museum walls, the exhibition features several public artworks, a set of responsive digital components, a variety of public programmes and learning initiatives, and an accompanying publication. GTA21 has been generated by the curators with leadership and support from MOCA Executive Director and CEO Kathleen Bartels.

“We are thrilled to launch Greater Toronto Art 2021 this fall,” said Bartels. “Our inaugural roster celebrates local talent and showcases a diversity of artists who currently work in Toronto or are deeply connected to the city. Playing on Greater Toronto Area, the name of the city’s broad metropolitan area, the title addresses the ever-expanding notion of what Toronto is and might become, and how creative practices and attitudes are being innovated here. This exhibition and accompanying catalogue, highlight some of the most compelling and dynamic contemporary artists in Toronto today. We are so grateful for the generous support of the BMO Financial Group (Bank of Montreal), The Jack Weinbaum Family Foundation, The Lindy Green Family Charitable Foundation and many other supporters who have come together to realize this ambitious project.”

In the summer of 2020, the curatorial team conducted numerous virtual and socially distanced studio visits with artists who work across varying disciplines and lines of inquiry. Developed remotely over the past year, the curators’ approach to selecting artists and creating GTA21 was the result of building a network of relationships. “Rather than bringing these artists together under a particular theme, each participant was given space, resources, freedom and curatorial support to explore what feels most urgent to them today,” said Paynter. “As ideas emerged, we composed a structure for each Museum floor, an open plan that positions shared concerns and attitudes as well as contrasting artistic processes and practices.” 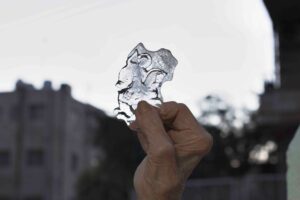 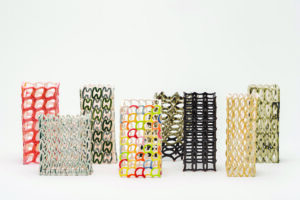 The exhibition is presented in groupings: Ambivalence, Inheritance, and Mutation. “The idea of ambivalence, a push-and-pull state, revealed itself to be an apt place to begin. The exhibition evolved through tremendous uncertainty and unrest. Its planning has not been without paradoxes, hesitations, delays, and faulty internet connections, so why not lean into this truth? It is made in its time for its time,” said Mateus Amaral. Desrosiers goes on to cite inheritance as a vast framework to engage art, stating that “Many of the artists in GTA21 examine enduring legacies and acknowledge others, like colonialism, to be undone.” The exhibition concludes using the idea of mutation to explore how perceptions alter—for good or for bad—to provide the spark that unleashes creativity, and subtle changes that help society evolve. 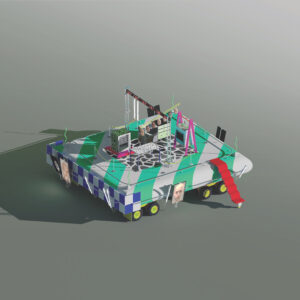 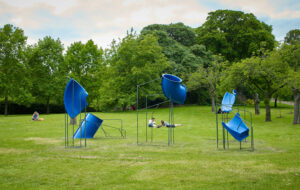 To further enhance opportunities for artists and support the reach of the exhibition, MOCA has developed several key partnerships. These include the realization of two sculptural works by artist Ghazaleh Avarzamani, one of which will feature on the outdoor facade of the Museum, produced in partnership with ArtworxTO: Toronto’s Year of Public Art 2021-2022. A digital-immersive work Charity by collective Parastoo Anoushahpour, Faraz Anoushahpour and Ryan Ferko was made possible through a partnership established by MOCA with the National Film Board of Canada (NFB). Public programmes will expand the GTA21 voices including a deeper dive into Native Art Department International’s related sculptures in Markham and at MOCA whereby talks and events will be organized with Markham’s Public Art Program.

The publication that accompanies GTA21 is designed by Toronto studio Blok Design and includes interviews with the artists, images of existing works and those in process, and contributions by the curators as well as writers Dionne Brand, Sheila Heti and John Paul Ricco. This book examines the cultural networks and affinities that course just beneath Toronto’s surface and how those connections have supported people through this period of extreme isolation and distance during the pandemic. It emphasizes how creativity shapes a place and, in turn, how a place shapes creativity.

The Greater Toronto Art triennial survey is envisioned as a long-term commitment to Toronto’s artistic future, a framework that will continue to support the city’s creative community while addressing the most pressing issues of our time. MOCA’s exhibition is defined by its pledge to Toronto artists and the commissioning of new projects that add to a local and global discourse.

The next Greater Toronto Art exhibition will take place in 2024 with a different team of curators and a continued focus on how an expanded view of Toronto can further encapsulate the spirit of this invigorating, evolving and hyper-diverse city. 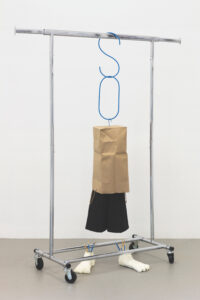 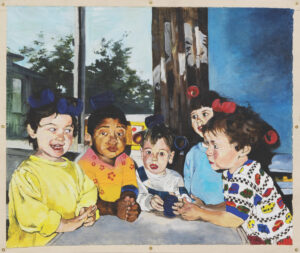 Visionary support for MOCA in 2021 has been provided by four anonymous donors.

Operating funding for MOCA is provided by the City of Toronto, the Government of Ontario, the Ontario Arts Council, and the Canada Council for the Arts.

MOCA Toronto is motivated by the principle that museums and their programmes are culturally and socially beneficial to the diversity of the communities they serve. MOCA supports and promotes forward-thinking artistic experimentation and provides a community space for enrichment, discourse, collaboration, and creativity. Working across all contemporary art forms, MOCA’s programmes empower local artists and engage the Toronto art scene while  contributing to the international art community and scholarship. MOCA is currently closed to the public in compliance with COVID-19 restrictions. Please check the MOCA website for updates on the reopening schedule as it becomes available. MOCA is a not-for-profit charitable organization. The evolution of the Museum is made possible through a unique alliance with Castlepoint Numa, public sector funders, private donors, members, sponsors, and a network of cross-sectoral partners.

Common Accounts, Parade of All the Feels, 2020. Courtesy of the artists.