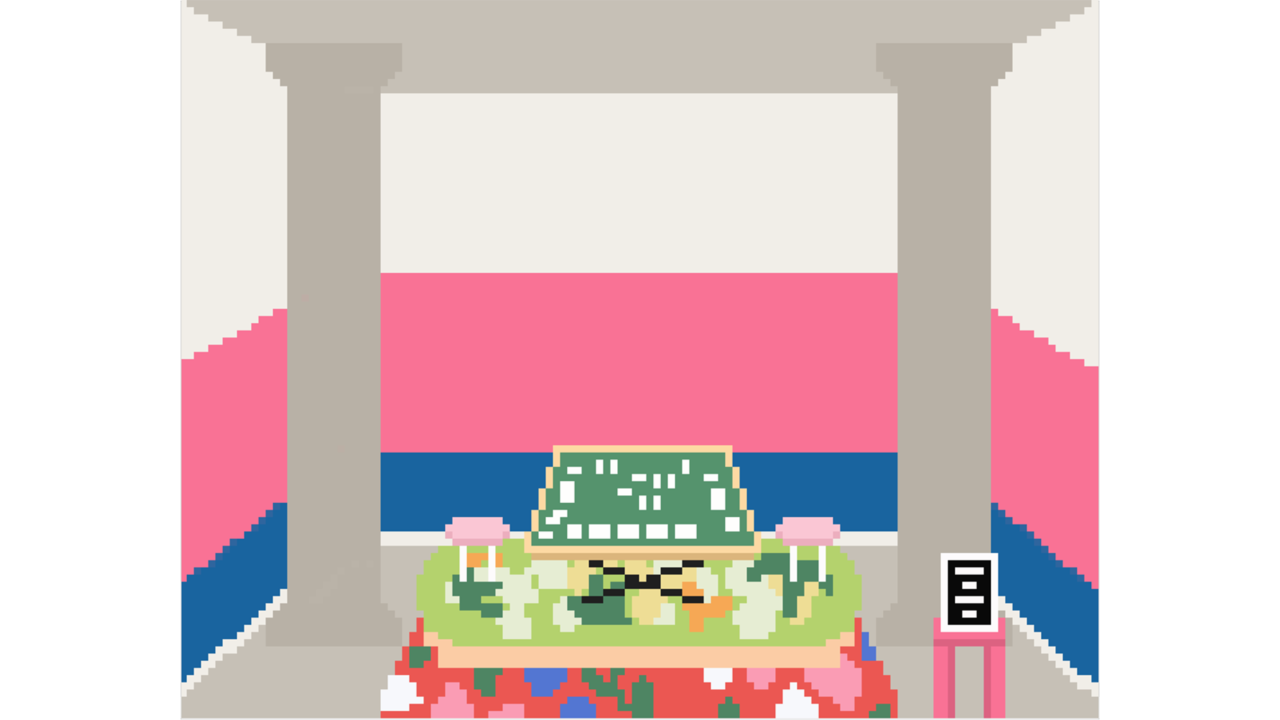 Tea Base’s most consistent and notable programming is Mahjong Monday. Every Monday night, the Tea Base community teaches, plays, mingles and gathers. What started off with one table and one Mahjong set, through the magic of community, became six tables and seven mahjong sets sourced from the people. Mahjong Monday became an emotional cornerstone of Chinatown Centre’s basement as tiles shuffling echoed throughout the mall. In 2020, Tea Base was renno-evicted out of their unit in the basement but has since incorporated into a Co-op and has moved back into the mall on the second floor at unit 239.

Join us for an online screening of Mahjong Monday Memories on Thursday, July 22, 4 pm EST. The short film will be available to watch after the screening in VR Tea Base created by Jason Li. You can find it in the Chinatown Anti Displacement Garden, through the Mahjong Tile portal, in the “MOCA” pixel room designed by Christie Jia Wen Carrière to replicate Michael Lin’s exhibition Archipelago.

Hannia Cheng is a multidisciplinary artist, space maker, and host/MC born and raised in Tkaronto/Toronto. At the intersection of relationships and reciprocity, their practice focuses on art as the common ground in which we build capacity to make stuff up and make stuff happen. Hannia is curious about ways of resilience and the speculative-futures that exist in the greater unknown of our daily lives.

Hannia co-founded Tea Base  in 2019, a DIY community arts space and collective based out of Chinatown Centre. They currently organize with Friends of Chinatown Toronto, a grassroots group working to build community power and resist displacement in Chinatown. They are the 2020 recipient of the Pam Mcconnell Award. They’ve collaborated with Toronto Pride, Toronto Biennial, Nuit Blanche Scarborough, Toronto Fringe Festival, Manifesto Festival, Bricks & Glitter Festival and more.

Tea Base is a curious community arts space tucked away in Tkaronto/Toronto’s Chinatown Centre Mall. The community aims to make accessible space for intergenerational activists and artists who support social justice movements in and around Chinatown. Tea Base is a space that develops solidarity across marginalized groups through relationships, joy and collaboration. 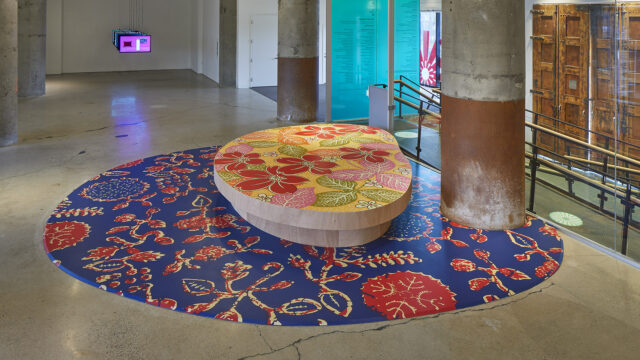