Please be aware that the closed captions may be subject to minor spelling and grammatical errors and despite our best efforts, may not be entirely accurate.

PANEL 1 – The Medium is the Message: Cardano and Blockchain Art: The “Global Village” realized through “on-chain” Digital Art

Curated by Sarah Belden Fine Art Advisory Building from the success of MOCA’s GTA360 Mozilla Hubs commission as part of the exhibition, Greater Toronto Art 2021, and the recent inaugural NFT launch with artist Maria Qamar, the Museum continues its exploration of contemporary visual art practices in the digital realm. This summer, MOCA will host two Creative Conversations panels curated by Sarah Belden. Belden is a fine art advisor, independent curator and founder of Unique Multiples Editions (Milan). The virtual panels will feature prominent Canadian and international artists, collectors and NFT/blockchain experts to explore “the medium is the message” and issues of decentralization, accessibility and ecological sustainability. The first panel titled, The Medium is the Message: Cardano and Blockchain Art: The “Global Village” realized through “on-chain” Digital Art, is led by moderator Christina Steinbrecher-Pfandt, the founder of blockchain.art and includes prominent Canadian multidisciplinary artist Sarah Anne Johnson, NFT collector Jim Sanders and artist and founder of unsigned_algorithms Alex Watanabe. Join us as we discover more about these new art mediums and their burgeoning economies!   Biographies Sarah Belden has worked professionally within the art world in several diverse capacities and holds a Master’s Degree in the History of the Art Market, Art History and Connoisseurship from Christie’s Education and a Bachelor’s in Art History from New York University. In addition to curating independent projects over the years, she has worked as a Gallerist, Private Collections Manager, and has consulted on numerous projects in the U.S. and Europe. Most recently, in 2017, Belden founded a new Art & Tech start-up called Unique Multiples, headquartered in Madrid, Spain. Unique Multiples is a new Contemporary Art platform that offers Curated Artist’s Editions that are authenticated using blockchain technology, proving provenance for physical and digital artworks that can be verified online and in real-time. Sarah Belden currently continues to advise both corporate and private clients in building their collections, representing collectors at auction and has recently joined the Artemundi Global Art Fund as part of their advisory team. Christina Steinbrecher-Pfandt – CEO and Founder of Blockchain.Art, 40 under 40 @ Apollo Magazine I Technology-minded art world entrepreneur (Berlin/San Francisco). Serial entrepreneur Christina Steinbrecher-Pfandt brings more than 15 years of expertise in building art marketplaces to the role of CEO at Blockchain.art (BCA). Blockchain.art (BCA) is a blockchain-supported marketplace and e-commerce solution for galleries, museums and artists. She was the co-founder and executive director of the art fair Viennacontemporary in 2012-2018, raising over $12 million and securing the fair’s position in the top 10 of must-visit art fairs on the global art circuit. Steinbrecher-Pfandt has also curated projects with leading international art institutions, including the Ars Electronica Festival in Linz, Austria; the Palais de Tokyo in Paris, France; and the Venice Biennial. Steinbrecher-Pfandt is an expert on art from Central and Eastern Europe and sits on the boards of Armenia Art Foundation, Artbat Fest, and is an advisor to Ars Electronica. In 2018, Steinbrecher-Pfandt was named one of Apollo Magazine’s 40 under 40. Christina was born in Taldy-Kurgan, Kazakhstan. Sarah Anne Johnson is a Canadian photo-based, multidisciplinary artist exploring the dichotomy between reality and perception. Focusing on themes of nature and idealism, she fabricates images that express not just a moment in time, but the feelings she has towards the subject. She makes these feelings visual by adding materials such as paints, retouching inks, glitter, as well as incorporating burning and scratching. More recently, she is exploring NFTs as an emerging new medium. Work by Sarah Anne Johnson has been exhibited at numerous institutions across North America, Europe, and Australia. She received her MFA at Yale University, after earning her BFA from the University of Manitoba. Johnson was born in 1976 in Winnipeg in Manitoba, Canada, where she currently resides. Jim Sanders is founder and director of Tonkiri Integrative Wellness & Learning Centre situated on the shores of the Whitemouth River in South-East Manitoba, Canada. Founded in 2015, Tonkiri is inspired by the Ashaninka healing tradition practiced in the Peruvian Amazon. Sanders has trained as an Ayahuasquero for 17 years under the guidance of the Ashaninka healer Maestro Juan Flores. Tonkiri is currently working with First Nations leaders in Manitoba to bring medicine and healing to their communities. This work will be researched and supported by the Indigenous Research Circle at the University of Toronto. Prior to founding Tonkiri, Sanders was a community organizer and independent documentary filmmaker. Alexander Watanabe picked up programming during his m.Arch and m.Sci in Architecture at the University of Michigan, Ann Arbor. During that time, he came to regard data and information as a new material, in need of integration to the built environment the same way that concrete, glass and steel provoked conversations resulting in Modernism in the early 1900s. For the first 5 years after graduating he worked in R&D, incorporating diverse sensor arrays to improve a building’s performance. More recently, for the past 3 years he has worked in AI/ML software engineering training and deploying predictive models for various industry applications. When Alexander encountered NFTs for the first time, he asked “why would anyone pay for a link to a JPG?” – unsigned_algorithms was a response to the question “what if they weren’t just links to JPGs?” or, what are the intrinsic properties of the space and the potential of this new medium. 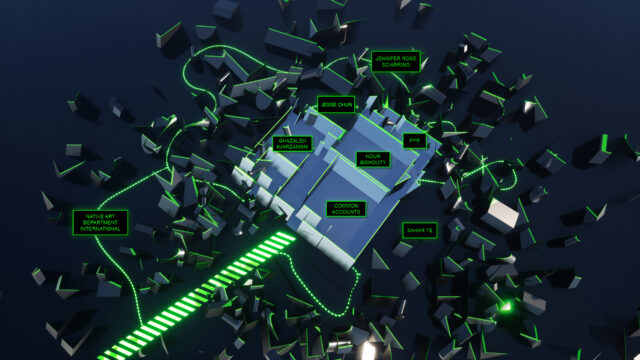 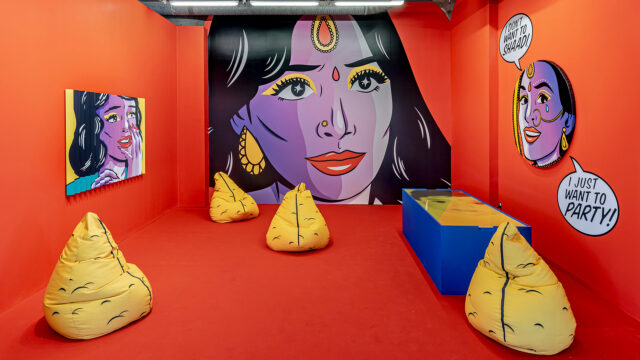